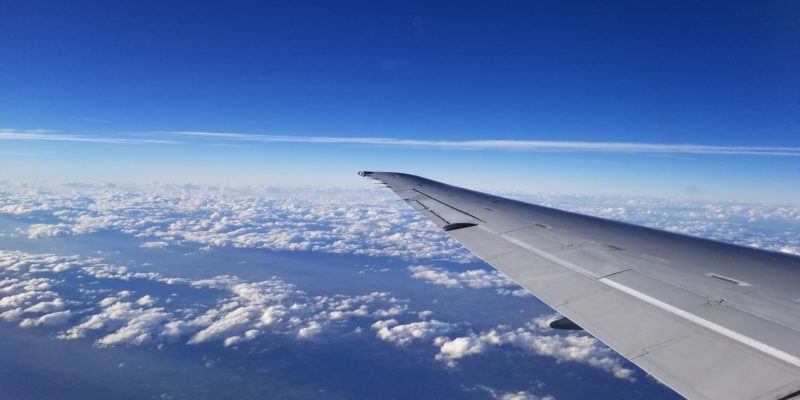 My story begins as most frustrated airline passengers’ stories begin. A flight delay, a cancellation and a rebooking. 1024am Was flying to Houston via Atlanta. Most of the flight has boarded and I was zone 4. Suddenly the maintenance crew came frantically and whispered to the front desk to abruptly stop boarding. An announcement was made that a part had malfunctioned and was going to delay the flight by an hour. They realized the part had to come from Boston or NYC and so unrealistically they postponed it for an hour. I was given the option of waiting for this flight to get fixed or take the next flight. I immediately chose the 1245 pm flight which basically meant that I would reach Houston now by 11pm instead of my original time of 4pm. So to most of us, this would lead to great aggravation and frustration. Yet every challenging situation presents itself with a supportive situation too. Let me explain.

Challenging situations present themselves as inconvenience, a perceived hardship, or an apparent difficulty. So this inconvenience and delay manifests as a challenge, yet immediately provided me with an 8 hour delay of time that I can now spend writing , reading several books, meditating, and journaling, all of which I have to try to carve out in the late evening hours after family time and coming back from work. I am given an undisturbed opportunity to do what I value as my high value goals despite the delay. I see this as a sense of balance as challenge of delay is balanced with a support of my goals.

Secondly when the front desk staff asked whether I wanted to stay to get the same flight fixed or take the next flight out at 1245pm, I picked the latter option. Perhaps instinctively. Yet the moment I chose this flight, there was an over head announcement that the flight that was getting fixed was now delayed till 3pm ( not delayed by an hour !!) Synchronicity is another factor that is played out here in this encounter. Support and challenge presents themselves. I could have easily just waited for the challenge of the flight being fixed or taken the next flight out, which was the support that the universe presented to me.

Thirdly when I reached the gate that morning, I had to get assigned seating. Usually I am able to get seats of choice the night before with prechecking in. Yet on this check in at the age I was given the last seat on the plane Zone 4, which meant I would be the last person to get onto the plane. The inconvenience again of walking the entire length of the plane with baggage. Yet in this situation as I was awaiting for my turn to board when this situation arose, my wife and I were right next to the front desk and were amongst the first ones to be able to rebook our flight. Challenge and support.

The irony about all this is that the second flight I was booked onto, namely the 1245pm instead of the 1024am flight was the flight coming from Atlanta with the part that needed to fix the earlier flight !! Yes the part could not come from Boston or NYC !!

Every moment of every day there exists support and challenge to allow the universe to continue to restore balance. IF we choose to live in a perception of too much of challenge or too much support we miss out on the perfection of the universe and what it is try to tell you. Thank you universe for reminding of your magnificence intellectual design.
………………
I love you