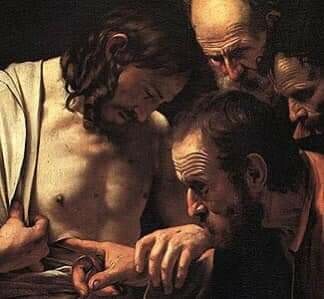 We each come to a time that we are asked to look upon a situation with faith. Yet that faith requires courage. Most of the time we disbelieve the situation and expect tangible proof, for it is only then that we choose to believe.

However the world, albeit the universe works on a very different energy beyond that of physicality. It requires a certain inner knowing or certainty that transforms itself into faith. There is a potency of SELF faith that is immeasurable, that literally runs the dramatic scene of the cosmos. It is called LOVE.

During this covid 19 scenario our minds see the world in a very polarized way, an imbalanced perspective and so the horrors of reality are manifest in a pliable holographic universe. We put our faith in medications, and vaccines and demand the tangibility of cure without ever truly exploring our immune system and having faith in it with that inner knowing. We put faith in an external concept not the internal problem. The same with the political system, as we demand tangible evidence of what is going on behind the scenes without having faith that there is a higher order at play of universal law that attempts to keep the balance.

Our minds require us to touch the outcome before we can believe. I am inviting the opposite. BELIEVE and then manifest the outcome that we choose, physicality is but a confirmation bias of that faith.

Where does this faith come from? Legends and stories of lore are there to remind us of this missing entity within the human psyche. Yet faith does not reside in the mind. It lays fertile in the human heart.

This season of the holidays regardless of religiosity is all about that. FAITH transmuting into LOVE from the heart not the mind. Or at least that is how I perceive it. The leap of faith is the surrender of ourselves, our minds and bodies to the universal whole, just as the door of the grateful heart cracks opens to let the light in. The mind cannot play a role in this adventure for faith alone holds the key to evolution. Faith is the twisting and turning of our tightly packed genetic code to create. Faith alone has the compass points to the journey not yet laid out in the sand.

But it is not just faith in an OUTward universe, or God, or Source that is called upon. It is the reflection of this God or Source that lies eternally withIN us that is asked to be called by the name of faith and birthed into reality. So my invitation is to explore this intangible faith, this unseen entity that some call magic of the season to permeate my body, my cells and with a balanced mind unlock the secrets of a grateful heart and awe at the wonders of life and bask in what ever lies this resurrection.

Faith exists not in each breath but in between breaths, between the inhale and exhale for each gives birth to the next. Faith exists not in the pulse beat but the in BETWEEN beat. It is the subtlest of energies of the twilight of moments that holds the greatest impact.

Faith in our SELVES, Faith in each other, Faith in the universe. Welcome to the magic.

My faith lies in mySelf. My faith is steadfast in humanity. My faith rests with the universe.