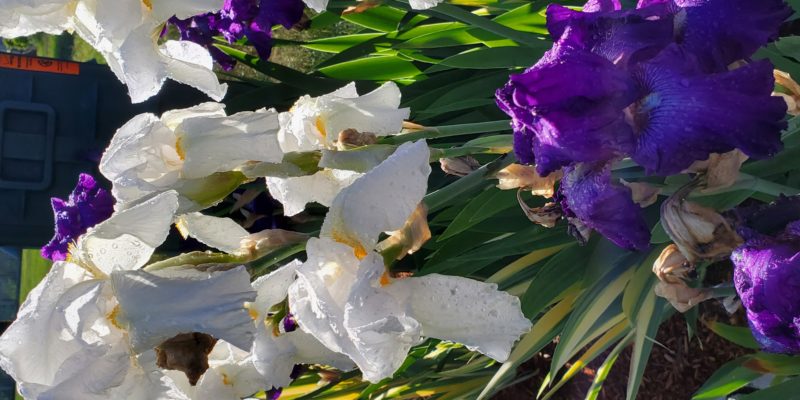 And just like that the covid 19 menace is forgotten as the narrative of fear is transformed into the war on race. It took just slightly longer than washing our hands with soap, but it was quick.

The horrors of a mans death is called upon the facts to not be ignored as the white and the black race war begins again, like a broken record left on the wheel of the player. “ Black lives matter” resurfaces, on the eve of mass riots that generate more chaos,mayhem and hatred. Bored of the lockdown it is time to create another tool of control through violence.

We are angered by a white man killing a black man, yet no mention about the black man who violently beat an elderly white man in the nursing home. Or violence toward a brown man or woman by a black or white man. The news is littered with sound bites of violence against any color. Yet which one gets the prominent headlines is a matter of control.

It is not about black vs white, or white vs brown, or black vs yellow or any shade of skin color, creed, gender or religion. This is about the unhealed emotions that lay beneath the skin, that have never been allowed to percolate to the surface to be explored or expressed, as history reveals that with each uprising, the pulse of society has been squashed. The eruptions only to be allowed in a controlled fashion instead of them organically blossoming to be reconciled.

Now violence incites more violence. The bigger question lies why is love not inciting more love? So this question is amongst many that must see the dawn of day with responses. Why was the officer involved not stopped after his first act of aggression years prior? Why was he not identified as a threat to society ? Did the victim really have intoxicants in him at his untimely death that accelerated his demise? Why are protests that began peacefully to honor the passing of one soul, lead to the destruction of the fabric of a city? Who else arrives to propagate and fuel this rage? Who is funding these “ black lives matter” protests. Why not fund the “ all lives matter” programs and see what results. ?

Now is not the time for assumptions, but real answers.

It is easy to see how the law enforcement establishment that was once entrusted with security is now looked at with suspicion, disdain, fear and loathing. Yet does this apply to every officer? There are bad eggs in every basket, but does one condemn the entire basket? Every profession has a member that is not honorable. Do you condemn the entire profession as bad? Perhaps the message lies in reevaluating how law enforcement practices of “subduing a suspect “can be entertained, yet protecting those who enforce the law, must equally be balanced. But perhaps it lies in understanding why those that can easily provoke us, cause us to be provoked.. to what end? Does the one bad egg make the life of all the other eggs that much harder?

Another point of inquiry, is why does social media that has been feverishly quick to delete videos, and posts on the curiosity of what lies behind the curtain, and the whistleblowers, been so delinquently lax of deleting the hateful propagating videos of the atrocities? Both are “ corrupting “ the mind are they not, but where is the narrative being written and by whom is the larger questions. Was this entire incident and death a prelude to distract and divide?

Why is more division being created at a time when unity is what is needed? Where does accountability play a role? When we do not learn to self govern from within we are governed from the outside, but now with new mechanics of media, academia, pharmacia, religiosity and government.

The saga of fear has not stopped, just transformed. We are still told to be silent whether there is a mask or no mask, yet now with the advent of a new weapon of fear namely racism and violence. Yet the intention of control has never left. What happened to the masks to be work during protests? Are masks out dated and those still wearing them just hiding their identities?

It appears that the lockdown and stay at home orders have now swung the pendulum to the other end causing the extreme of human behavior to show up.

It looks like humanity did not take the necessary time in this great pause of the virus to reflect on what is burning within, and instead now awoken prematurely to the fury of a fire raging in the human collective that will not be easily extinguished. The quality of our reality is determined by the quality of questions we ask.

I believe it is time to starting asking questions, and not rest till the answers are exhausted in their entirety. Life is not a multiple choice test, but a much deeper exploration of truth.

It is not enough to look at the heavens and ask for a miracle when the miracle lies within each human heart.

It is not enough to blame another when we have not owned that of which we accuse others.

It is not enough to crowd behind the mask of fear, when the breath of life stands before us.

It is not enough to reach out for anger, when love is equally within our grasp.

All lives are precious and all lives are gifts of universal expression. All life is an expansion of love. It is time to discover the light with-in by questioning the darkness with-out.

The smartest people right now are the astronauts that have left the earth.

Nothing is as it seems. The illusion is before us all. Do you choose to believe it,or pull back the curtain to discover the ultimate magic of all. LOVE.